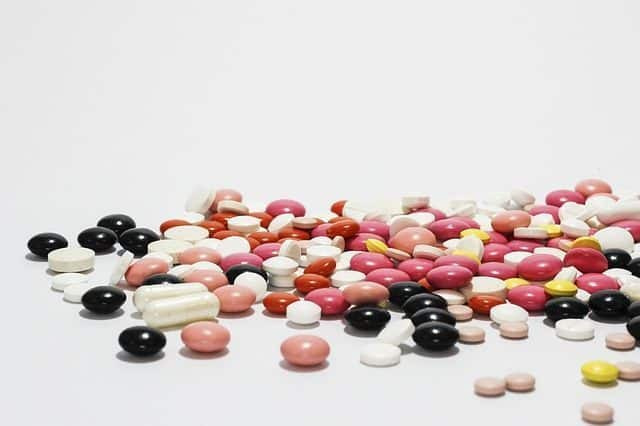 What is vitamin D and what does it do?

Vitamin D is a nutrient found in some foods that is needed for health and to maintain strong bones. It does so by helping the body absorb calcium (one of bone’s main building blocks) from food and supplements. People who get too little vitamin D may develop soft, thin, and brittle bones, a condition known as rickets in children and osteomalacia in adults.

Vitamin D is important to the body in many other ways as well. Muscles need it to move, for example, nerves need it to carry messages between the brain and every body part, and the immune system needs vitamin D to fight off invading bacteria and viruses. Together with calcium, vitamin D also helps protect older adults from osteoporosis. Vitamin D is found in cells throughout the body.

How much vitamin D do I need?

The amount of vitamin D you need each day depends on your age. Average daily recommended amounts are listed below in micrograms (mcg) and International Units (IU):

Can I get vitamin D from the sun?

The body makes vitamin D when skin is directly exposed to the sun, and most people meet at least some of their vitamin D needs this way. Skin exposed to sunshine indoors through a window will not produce vitamin D. Cloudy days, shade, and having dark-colored skin also cut down on the amount of vitamin D the skin makes.

However, despite the importance of the sun to vitamin D synthesis, it is prudent to limit exposure of skin to sunlight in order to lower the risk for skin cancer. When out in the sun for more than a few minutes, wear protective clothing, and apply sunscreen with an SPF (sun protection factor) of 8 or more. Tanning beds also cause the skin to make vitamin D but pose similar risks for skin cancer.

People who avoid the sun or who cover their bodies with sunscreen or clothing should include good sources of vitamin D in their diets or take a supplement. Recommended intakes of vitamin D are set on the assumption of little sun exposure.

What kinds of vitamin D dietary supplements are available?

Vitamin D is found in supplements (and fortified foods) in two different forms: D2 (ergocalciferol) and D3 (cholecalciferol). Both increase vitamin D in the blood.

Am I getting enough vitamin D?

Because vitamin D can come from sun, food, and supplements, the best measure of one’s vitamin D status is blood levels of a form known as 25-hydroxyvitamin D. Levels are described in either nanomoles per liter (nmol/L) or nanograms per milliliter (ng/mL), where 1 nmol/L = 0.4 ng/mL.

By these measures, some Americans are vitamin D deficient and almost no one has levels that are too high. In general, young people have higher blood levels of 25-hydroxyvitamin D than older people and males have higher levels than females. By race, non-Hispanic blacks tend to have the lowest levels and non-Hispanic whites the highest. The majority of Americans have blood levels lower than 75 nmol/L (30 ng/mL).

Certain other groups may not get enough vitamin D:

What happens if I don’t get enough vitamin D?

People can become deficient in vitamin D because they don’t consume enough or absorb enough from food, their exposure to sunlight is limited, or their kidneys cannot convert vitamin D to its active form in the body. In children, vitamin D deficiency causes rickets, a condition in which the bones become soft and bend. It’s a rare disease but still occurs, especially among African American infants and children. In adults, vitamin D deficiency leads to osteomalacia, causing bone pain and muscle weakness.

What are some effects of vitamin D on health?

Vitamin D is being studied for its possible connections to several diseases and medical problems, including diabetes, hypertension, and autoimmune conditions such as multiple sclerosis.

As they get older, millions of people (mostly women, but men too) develop or are at risk of, osteoporosis, a condition in which bones become fragile and may fracture if one falls. It is one consequence of not getting enough calcium and vitamin D over the long term. Supplements of both vitamin D3 (at 700–800 IU/day) and calcium (500–1,200 mg/day) have been shown to reduce the risk of bone loss and fractures in elderly people aged 62–85 years. Men and women should talk with their healthcare providers about their needs for vitamin D (and calcium) as part of an overall plan to prevent or treat osteoporosis.

Some studies suggest that vitamin D may protect against major disease. But higher levels of vitamin D in the blood have also been linked to higher rates of pancreatic cancer. At this time, it’s too early to say whether low vitamin D status increases cancer risk and whether higher levels protect or even increase risk in some people.

Can vitamin D be harmful?

Yes, when amounts in the blood become too high. Signs of toxicity include nausea, vomiting, poor appetite, constipation, weakness, and weight loss. And by raising blood levels of calcium, too much vitamin D can cause confusion, disorientation, and problems with heart rhythm. Excess vitamin D can also damage the kidneys.

The daily upper limit for vitamin D is 25 mcg to 38 mcg (1,000 to 1,500 IU) for infants; 63 mcg to 75 mcg (2,500 to 3,000 IU) for children 1-8 years; and 100 mcg (4,000 IU) for children 9 years and older, adults, and pregnant and lactating teens and women. Vitamin D toxicity almost always occurs from overuse of supplements. Excessive sun exposure doesn’t cause vitamin D toxicity because the body limits the amount of this vitamin it produces.

Are there any interactions with vitamin D that I should know about?

Like most dietary supplements, vitamin D may interact or interfere with other medicines or supplements you might be taking. Here are several examples:

People should get most of their nutrients from food and beverages, advises the federal government’s Dietary Guidelines for Americans. Foods contain vitamins, minerals, dietary fiber, and other substances that benefit health. In some cases, fortified foods and dietary supplements may provide nutrients that otherwise may be consumed in less-than-recommended amounts. For more information about building a healthy diet, refer to the Dietary Guidelines for Americans and the U.S. Department of Agriculture’s MyPlate.

Click Here to Learn More About the Best Vitamin D, Magnesium & Calcium in One Product

Please log in again. The login page will open in a new tab. After logging in you can close it and return to this page.